During my time as a freelance graphic designer so far, I made quite a few logos.
I want to show a diverse couple of logos with a bit of the process.

This first logo is made for a holiday accommodation in the outskirts of Brabant, called De Ketse Steenuil. Which roughly translates to the Little Owl of Kaatsheuvel, named after the richness of little owls in the area. The concept was to combine an owl and a home into one, using one continuous line to draw them.

On the left are my proposals for the shape and on the right are colour options I thought would work well.

This is the final logo.

This second logo is for a trainer/coach who helps his clients regain control of their own life. Mainly focusing on professionals who are dealing with motivation issues, illness, stress or burn outs.

The concept was split into two logos. One for the already established professional side, with a more corporate feel. And one for a new more personal approach, expanding to other issues relating less to a work environment. The logos will be the same but the colour and tagline will be different to set them apart.

These were the options I made going off of an existing swirl design. 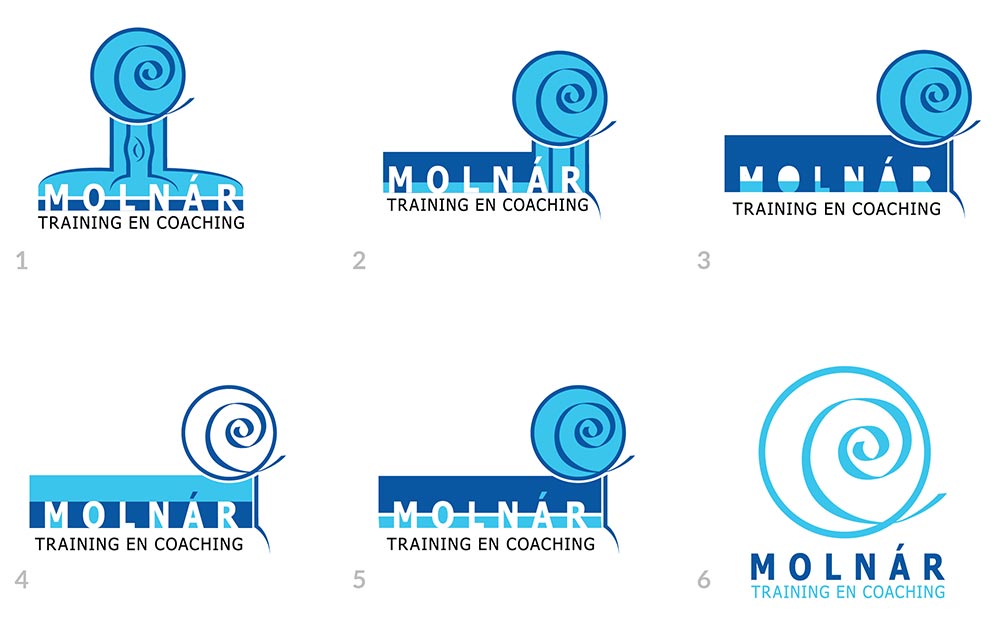 The solo swirl without inside colour was preferred and the tagline on the therapy logo was dropped. Which resulted in these final logos.

The last two logos were for a start up. They were not yet sure what the focus was going to be or if they were actually starting two businesses.

Either way, I made them one logo for the snowboard brand and one for the boxing brand they had in mind.